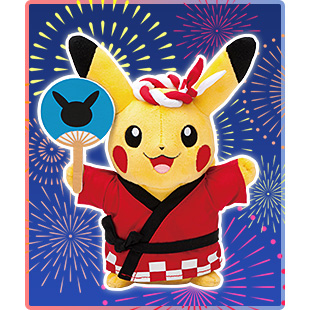 The montly Pikachu for July has been revealed, and it is festival Pikachu! It is based off Festival's Wasshoi, a summer festival in Japan that spans two days in first week in August. Festival Pikachu will be 1,600 yen and will be released June 20th.
Tagged
Newer Post Older Post