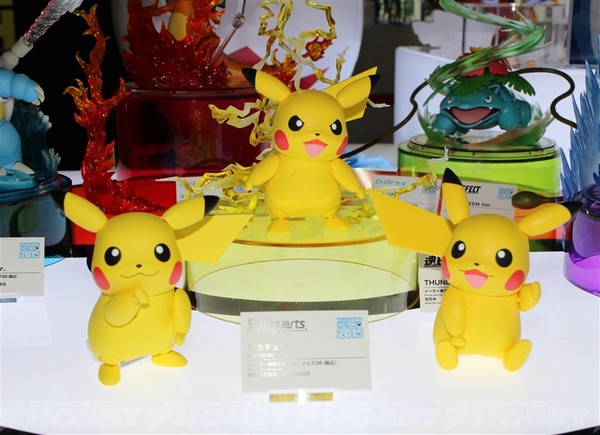 It has been over a year since Mega Blaziken was released, but the Pokemon S.H.Figuarts line is back! Pikachu is the newest Pokemon to join the series. It appears that it will come with interchangeable faces and a thunderbolt effect. It will be 4,200 yen and will be released April 2016.

Bandai is pretty bold for charging that much when there are hundreds of far cheaper Pikachu figures out there. Perhaps they are trying to make up for the poor sales of Lucario and Mega Blaziken?