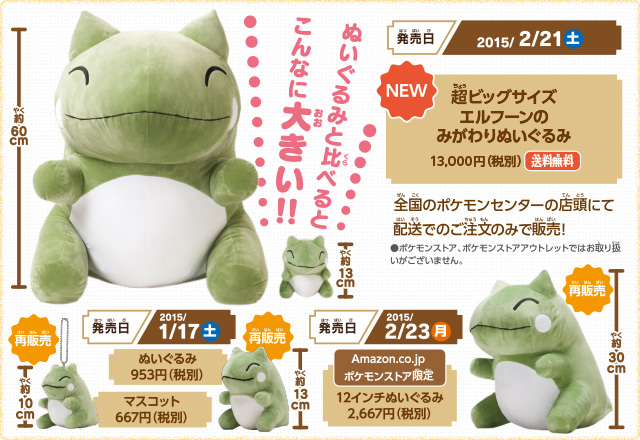 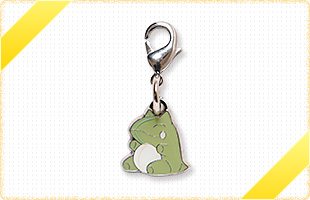 The Center just announced they are making giant substitute plush! It will measure in at 60cm/23 inches tall. That is a two foot tall plush! There will also be a new metal charm which will be given as a gift to Center shoppers starting February 21st. They will also start re-releasing the older substitute plushies. Everything will be sold both in Japanese PKMN Centers and in the Amazon JP store. The prices and release dates of everything is as followed: