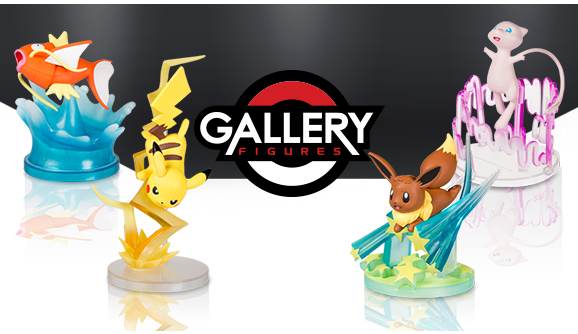 Pokemon has revealed a brand new line of figures! The line is called "Gallery Figures". Each Pokemon sits on a base and is performing an attack. The bases will all be the same size.

They are described as "high-quality figures which created for the Pokemon Center in the United States, meaning this is the first time they have ever been available anywhere in the world".

They will be available for sale in the Pokemon Center store starting February 27th.